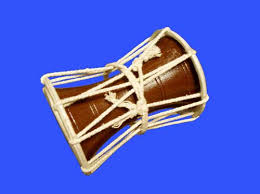 Dhadd (Punjabi: ਢੱਡ), also spelled as Dhad or Dhadh is an hourglass-shaped traditional musical instrument native to Punjab that is mainly used by the Dhadi singers.

It is also used by other folk singers of the region. 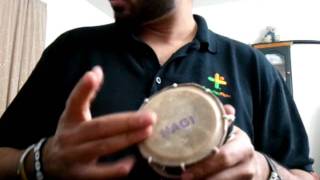 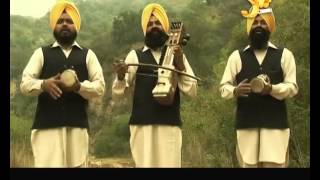 It is made of wood with thin waist like and hourglass. The skin on the both sides in tightened with ropes that helps in holding the instrument firmly too. Its design is very similar to other Indian drums: the simple Damru, the Udukai, and the sophisticated Idakka. The Damru has knotted cords to stuck its both sides but Dhadd does not have any chord. Damru is played by shaking/rotating quickly so that the knotted cords stuck its both sides and also played with a stick sometimes. The Udukai and the Dhad have similar technique of playing, but the social significance is different.

1. Dhadi Jatha Playing Dhadd
2. Dhadd being played by an artist in the center
3. Dhadd is played by tapping/stucking fingers on one of its side. The pitch of the drum is raised by tightening a small cloth band wrapped around the waist of the drum.

Closed and open sounds can also be produced.

Dhadd is very closely associated with and mostly used by the Dhadi singers who sings folk, religious and warriors’ ballads and history using this along with Sarangi.